After a busy week in our shop, we decided a belated Valentines dinner was in order, I must admit we have fallen into the trap of visiting the same restaurant each time we dine out which eventually becomes very repetitive therefore we decided to try somewhere a little different.

We had visited Sir Stephens Brasserie previously for Sunday Lunch, and were very impressed, but hadn’t tried their evening menu.  The Brasserie is located within the Telford Whitehouse Hotel and was taken over by BDL a year ago.

On arrival we were welcomed by Nicola Wakeley, Manager of the Restaurant who made us feel extremely comfortable in the bar area for pre dinner drinks complete with a plasma TV screen to catch up on national news!  Our first impressions were that the restaurant seemed extremely clean and well presented providing a relaxing environment with soft music playing in the background.  A fine wine menu was provided with a large selection to choose from.  The restaurant use a range of local produce and the chef will cater for any dietary requirements.

When the menu was presented to us, it was clear there were several dishes that sounded very tempting, for starters I ordered the Sautéed wild mushrooms in garlic on toasted Brioche topped with a poached egg at £5.85 and my wife Ann chose the Mussels steamed in white wine and cream finished with crispy parsley bread crumbs also at £5.85.

We were shown to our table; the restaurant provides a great view of the AFC Telford football ground, perfect for any fan!  Once seated our starters soon arrived which were beautifully presented.  Ann is a huge fan of fresh fish, and said that her mussels were the tastiest she had ever had; the sauce that complimented the mussels was extremely creamy and worked very well with the dish.  The mussels were perfectly cooked.

My mushroom dish was equally as good, the mushrooms had plenty of flavour, the poached egg was cooked just how I like it, not too runny, combined with the flavours of the garlic and Brioche the dish was a great success!

To finish the starters Nicola presented us with a serving of Wild Mushroom and Guinness soup which is a new creation by Sioux chef Andreas Collins his special own recipe which I have to say was gorgeous, compliments to Andreas!

After a short break our mains arrived and looked fantastic, presentation was a high priority for Head chef Alex Taylor, we just knew the taste would be equally as good.  Ann had the Butterflied Chicken Breast stuffed with Mozzarella wrapped in bacon served with an olive and basil tomato sauce priced at £10.95, the generous portion of chicken was very tender and accompanied by a generous serving of olives mixed with the tasty tomato sauce.  This dish was certainly good value for money.

I decided to choose a dish that I hadn’t tried before, Pheasant and Bacon Wellington with dauphinoise potatoes and Mushroom Gravy priced at £13.95, all I can say is wow!  The Pheasant has proved to be the most popular dish with diners and I can see why!  The Pheasant had a very rich flavour, very tender and I have to say I didn’t want it to end, the pastry was also cooked to perfection and the entire meal tended to melt in my mouth.  The dauphinoise potatoes and rich mushroom gravy were a perfect combination to accompany the delicious Pheasant.  Ten out of ten Alex!

Feeling very full at this stage, we thought it would be a little rude not to sample a dessert! We asked if we could take a break which was needed and had a chat with another diner a gentleman from Bedfordshire who had moved to Telford to be near his daughter, he spoke very highly of the brasserie and said his food had been equally as good, and he would be returning, positive reports from fellow diners!

For dessert Ann chose the selection of Cornish ice cream with a shortbread biscuit priced at £4.25, she was a little full so thought this would be a good option, the ice cream was very creamy and definitely had that rich Cornish taste.  I decided on the Banoffee Cheesecake with a caramel sauce priced also at £4.25, this wasn’t at all heavy and a perfect end to my meal.  The biscuit base was perfectly crunchy just how it should be and the cheesecake didn’t disappoint, full of flavour and a great taste mixed with the caramel sauce.

I would say that Sir Stephens Brasserie is a hidden gem in Telford for top quality food, I would certainly recommend it if you are looking for fine cuisine, we thoroughly enjoyed our meals and were made to feel very welcome; it may now become our new regular!

The restaurant also have offers available, their very popular dine for two, two meals and a glass of wine to celebrate 2012 for £20.12, this ends in February but a new exciting promotion is coming shortly a Seafood and champagne special.  I can also recommend the restaurants Sunday carvery, two courses for £10.95 including coffee which is very good value for money.

Sir Stephens Brasserie can cater for Business or for families and offer a traditional or a la carte menu.  In addition they have 90 rooms available and a large function room which can cater for up to 600 people. 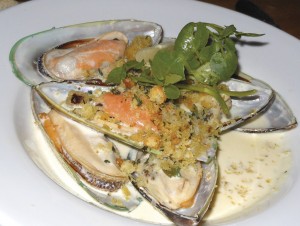